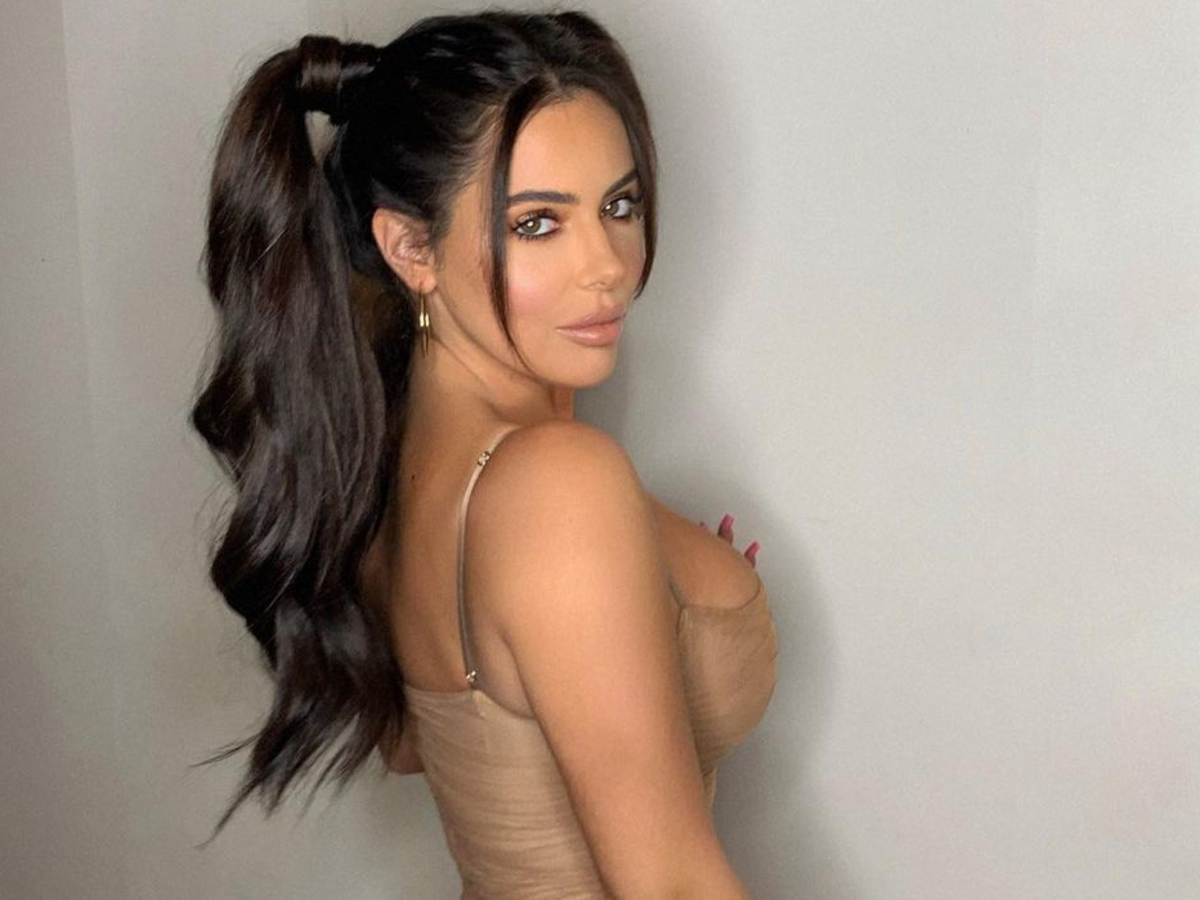 Brielle Biermann is putting her backside on full display in new photos that she shared on her official Instagram account. The 23-year-old beauty shared a photo of herself wearing a bra and thong panties from Lounge in her Instagram stories and the look is being shared on social media networks. The daughter of Kim Zolciak-Biermann and Kroy Biermann is known for appearing on her parents’ reality show Don’t Be Tardy and the socialite has a large following on Instagram. As an influencer with over one million followers, what Brielle wears gets noticed and fans are clamoring for details regarding the underwear Brielle wore.

Brielle wore the  Pink Bamboo Triangle Bra and Thong. The underwear is sold as a set and comes in a variety of colors. Brielle opted for pink and showed off the set in the photo that she shared. She posed for a mirror selfie and made sure the camera had a full view of her backside as she wore the thong underwear.

Brielle Biermann’s Huge Lips Slammed For Looking Like She Had ‘An Allergic Reaction’ After Posting New Pic! »

The Pink Bamboo Triangle Bra is made from 95 percent bamboo and 5 percent spandex. The garment is sustainable and is made from 40 percent recycled yarns. The bra’s cups are unlined and unpadded and are designed in a scoop neck, halter style. The bra features the ‘Lounge’ logo across the bottom edge of the bra.

The Pink Bamboo Triangle Thong provides minimal coverage in the back and has the ‘Lounge’ logo running across the waistband. Those who want to buy an extra pair will find they can do so at a deal.

You may see the photo that Brielle Biermann shared with her Instagram followers below.

In addition to wearing Lounge, Brielle has modeled for her mother’s bathing suit company Salty K. Those photos of Brielle often get shared across social media platforms and draw many views from her fans and followers.

What do you think about the Lounge Pink Bamboo Triangle Bra and Thong set?