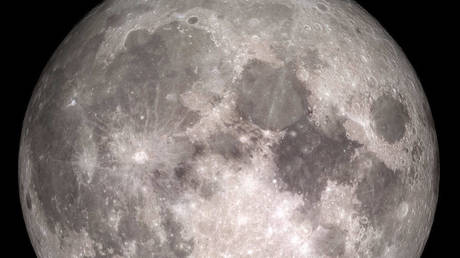 NASA is teasing an “exciting new discovery” about the Moon which was made thanks to a telescope on board a jumbo jet and could shed light on how life developed on Earth.

Lunar lovers will have to wait until 12 pm EDT Monday, October 26 for the announcement (livestream here), but the space agency claims the discovery “contributes to NASA’s efforts to learn about the Moon in support of deep space exploration.”

The space agency said that the discovery came courtesy of its Stratospheric Observatory for Infrared Astronomy (SOFIA). The observatory is actually a Boeing 747SP armed with a large reflecting telescope which operates at an altitude of 11 kilometres (38,000 ft) in the stratosphere, above our atmosphere which can obscure certain readings and observations, including infrared radiation.

As the name suggests, SOFIA specializes in infrared observations, like detecting oxygen in the Martian atmosphere, along with a myriad of other measurements that have revealed exoplanets colliding and disturbances at the center of distant galaxies, and it also provides a unique view of our own Milky Way galaxy.

Better knowledge of the Moon will improve our understanding of the inner solar system, how it evolved and possibly how life came to be on Earth.

Of course, the teaser for Monday’s announcement generated a buzz online, with some expressing optimism that it wouldn’t be the announcement of an impending apocalypse, while others shared a different kind of hope.

Adding to the intrigue, NASA has confirmed that the announcement will impact its upcoming Artemis program, in which the agency is aiming to send the first woman and next man to the lunar surface in 2024 before the dawn of Martian exploration some time in the 2030s.