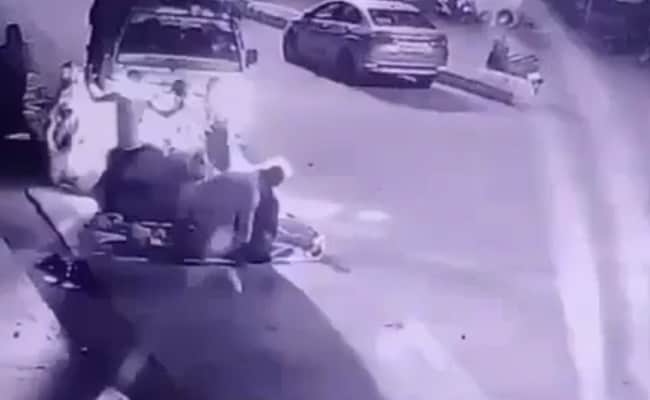 A truck ran over pilgrims sleeping on the roadside in Karnataka on Sunday evening, killing an aged man and injuring three others. The truck’s driver Srinivasa was drunk, mentioned police.

The incident, which occurred in Huligi village in Koppal district, was caught on CCTV digital camera. The motive force had fled the spot with the car after the accident and was arrested later.

The victims, who got here from Ballari, had been sleeping on the highway when the incident occurred, mentioned police.

“The accused was drunk on the time of the accident. He was arrested within the early hours of Monday. The victims sleeping on the footpath had been devotees who had arrived from Ballari district. The motive force has been booked for rash and negligent driving,” mentioned an inspector of Munirabad police.

The useless particular person has been recognized as Thippanna, 75, whereas these injured had been Hanumavva, Mallavva and Tukaram.