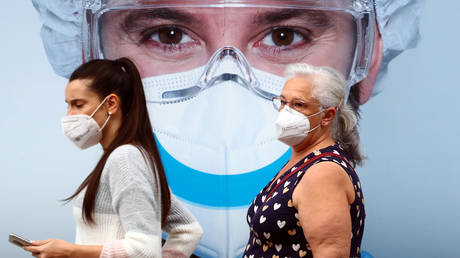 Castilla & León and Valencia have demanded nighttime curfews are implemented to stop the spread of Covid-19, after the government failed to agree on further restrictions, following opposition from Madrid and the Basque country.

While the regions have autonomy to implement some measures to combat coronavirus, restrictions such as curfews can be put in place only by the national government.

Spain’s infection rate has risen rapidly in the past few months, hitting a seven-day average on October 22 of nearly 14,000 daily new cases.

Valencia’s premier, Ximo Puig, has called for a curfew from midnight to 5am until December 9, while Francisco Igea, the vice president of the government of Castilla & Leon, requested similar measures, stating that “the time has come to make decisions” for the safety of their citizens, “no matter how hard or drastic they may be”.

Other regions in the country, such as Navarra, have locked down, allowing people only to enter or leave the area for work, to access care services, or in the event of an emergency. The restrictions implemented there are currently set to last for a 15-day period, starting on Thursday. The regional premier, María Chivite, who is the secretary-general of the Navarra Socialist Party, defended the move, stating that the 14-day cumulative number of cases had hit 945 per 100,000 inhabitants.

Also on rt.com
‘Out of control’ Spain in Covid-19 turmoil as health minister calls for ‘drastic measures’ to tackle Europe’s worst numbers

Madrid has been under a city-wide lockdown for two weeks that is scheduled to expire on Saturday. The regional authorities are expected to change their approach to one of locking down specific neighborhoods with high case numbers, while members of different households will still be banned from socializing in the city between midnight and 6am.

The request from the regions for federal support comes a day after Spain became the first country in Western Europe to officially record a million coronavirus cases – a doubling of its figures from just six weeks ago. Spain has now recorded more than 1,090,000 cases, and more than 34,520 of its citizens have died after contracting the virus.