A burned helmet lying on the ground of the hospital in Martakert, a day after shelling during the ongoing fighting between Armenia and Azerbaijan over the disputed region of Nagorno-Karabakh. 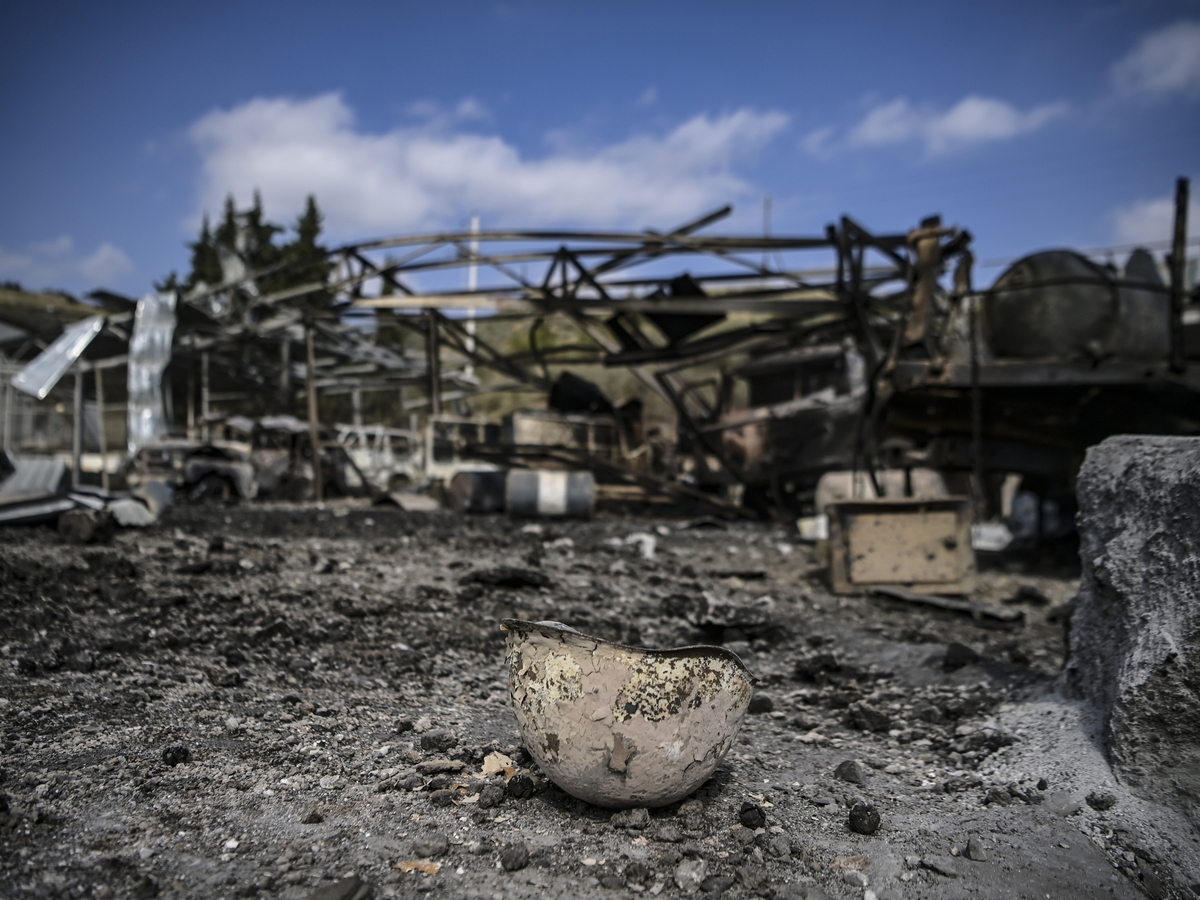 A burned helmet lying on the ground of the hospital in Martakert, a day after shelling during the ongoing fighting between Armenia and Azerbaijan over the disputed region of Nagorno-Karabakh.

Gen. Philip Breedlove is a retired four-star general of the U.S. Air Force and a former NATO supreme commander in Europe. He is now the distinguished chair of the Middle East Institute’s Frontier Europe Initiative.

For many Americans wrapped up in the presidential race, it may have been easy to miss, but fighting is once again raging in the South Caucasus over the disputed region of Nagorno-Karabakh.

Since late September, Armenia and Azerbaijan have been locked in some of their deadliest clashes in years, involving armored formations, troops, artillery and armed drones, and resulting in hundreds of casualties.

What many Americans may not realize is that, in addition to the heavy toll in the region, U.S. interests are also at stake — including energy resources and the stability of the South Caucasus. The United States must put greater diplomacy to work to prevent a disaster.

The South Caucasus hosts critical energy and transportation infrastructure. Gas and oil pipelines carrying Caspian energy to Europe via Georgia and Turkey are key to reducing European dependence on Russian energy. The Baku-Tbilisi-Kars railway has played an important role in sending NATO supplies to Afghanistan, and loss or damage to this critical infrastructure would harm U.S. interests. Renewed hostilities would not only hurt the warring parties, both of which have contributed troops to American efforts in Afghanistan, but also Georgia, a close U.S. ally, whose fortunes are deeply tied to regional stability.

Other, potentially even more concerning scenarios could unfold as well. Should the conflict escalate further, it is likely to invite Russian military engagement and could have ripple effects for the wider region. So far, Russia, which has a large military presence and a binding military agreement with Armenia, has refrained from getting involved in the conflict directly, instead calling twice for a cease-fire, although both attempts failed almost immediately.

Turkey has thrown its support behind its ethnic kinsmen in Azerbaijan, providing military support to Baku and transporting Syrian mercenaries to the front line.

And finally, Iran, which shares borders with both Armenia and Azerbaijan, and is home to many millions of ethnic Azerbaijanis that live in its northern provinces, could easily get pulled into the fray as well. The possibility of three major regional powers incrementally drifting into the conflict seems more likely than we should accept. The potential risks of a wider regional conflict are simply too high.

The West has been slow to respond and is only lethargically engaged. Russia, France and the United States — all part of the Minsk Group created by the Organization for Security and Cooperation in Europe in 1992 to work toward resolving the Nagorno-Karabakh dispute — have jointly called for a cease-fire. Yet the U.S. remains diplomatically disengaged from the region, weakening its position and limiting its ability to make real headway in dealing with this ongoing conflict.

The South Caucasus has been one of the most volatile regions of the former Soviet Union and looks likely to remain so in the near future. Three conflicts — Nagorno-Karabakh, Abkhazia and South Ossetia — had been dormant, but the latest fighting makes clear that tensions can erupt at any time.

Preventing further escalation should be a top priority for U.S. policy in the South Caucasus. We applaud Secretary of State Mike Pompeo’s effort this week to bring the foreign ministers of the warring parties in for consultation in Washington. It is a start — but more needs to be done.

For almost a quarter of a century, the United States had invested in the stability of the South Caucasus. It supported the independence of Georgia, Armenia and Azerbaijan and their pursuit of integration into Euro-Atlantic institutions. The large Armenian American community, regional energy projects, as well as the region’s expanding political ties with Georgia played an important role in U.S. efforts to engage there.

These efforts have yielded tangible fruit. Georgia’s progress toward Western values and strong support to NATO in Afghanistan bear witness to our investment. Now Georgia is willing to facilitate and be a part of conflict resolution in Nagorno-Karabakh. Western leaders should seriously consider this overture and the value of a trusted regional nation leading efforts to resolve the conflict.

Active U.S. diplomacy to de-escalate the conflict through the Minsk process and by working with all parties involved is essential. Great power support to local leadership such as that offered by trusted allies and partners like Georgia could be key.