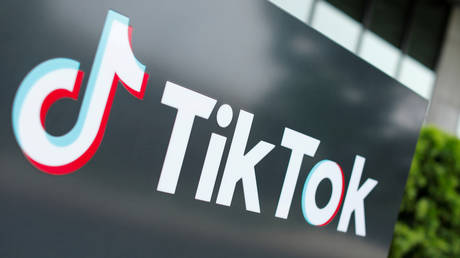 Video sharing app TikTok has expanded its hate speech rules, and will remove a host of pro-white and anti-Jewish content. The move comes as multiple social media companies crack down on anti-Semitism.

In an update to its ‘community guidelines’ announced in a blog post on Wednesday, TikTok said it would remove content related to “white nationalism, white genocide theory…and movements such as Identitarianism and male supremacy.”

Also on rt.com
Cancel culture invited to PlayStation: Sony enables RECORDING of game chats & lets players TATTLE on each other for hate speech

Additionally, the company said that it would ban “misinformation and hurtful stereotypes about Jewish, Muslim and other communities.” The ban, the blog post continued, will include “misinformation about notable Jewish individuals and families who are used as proxies to spread antisemitism.”

Though the post did not mention his name, the “notable Jewish individuals and families” likely includes billionaire liberal financier George Soros and the Rothschild banking family, both of whom are popular targets of conspiracy-minded TikTok users, according to a report by the Independent.

Deciding what kind of content would be classified as ‘anti-Semitic’ will likely prove difficult for TikTok’s censors. Soros’ power and political influence, for example, are well documented, yet his defenders have frequently accused his critics of anti-Semitism, no matter their intent. Likewise, the definition of “white nationalism” is constantly shifting, and can mean anything from support for a Caucasian ethnostate, to support for President Donald Trump.

The Chinese-owned company did not provide any examples of content that would be forbidden.

In implementing the new rules, TikTok joins Facebook and Twitter, both of which clamped down on anti-Semitism and conspiracy theories in recent weeks.