Director of National Intelligence John Ratcliffe, seen above during his earlier tenure in the House, delivered a briefing on election threats on Wednesday evening. 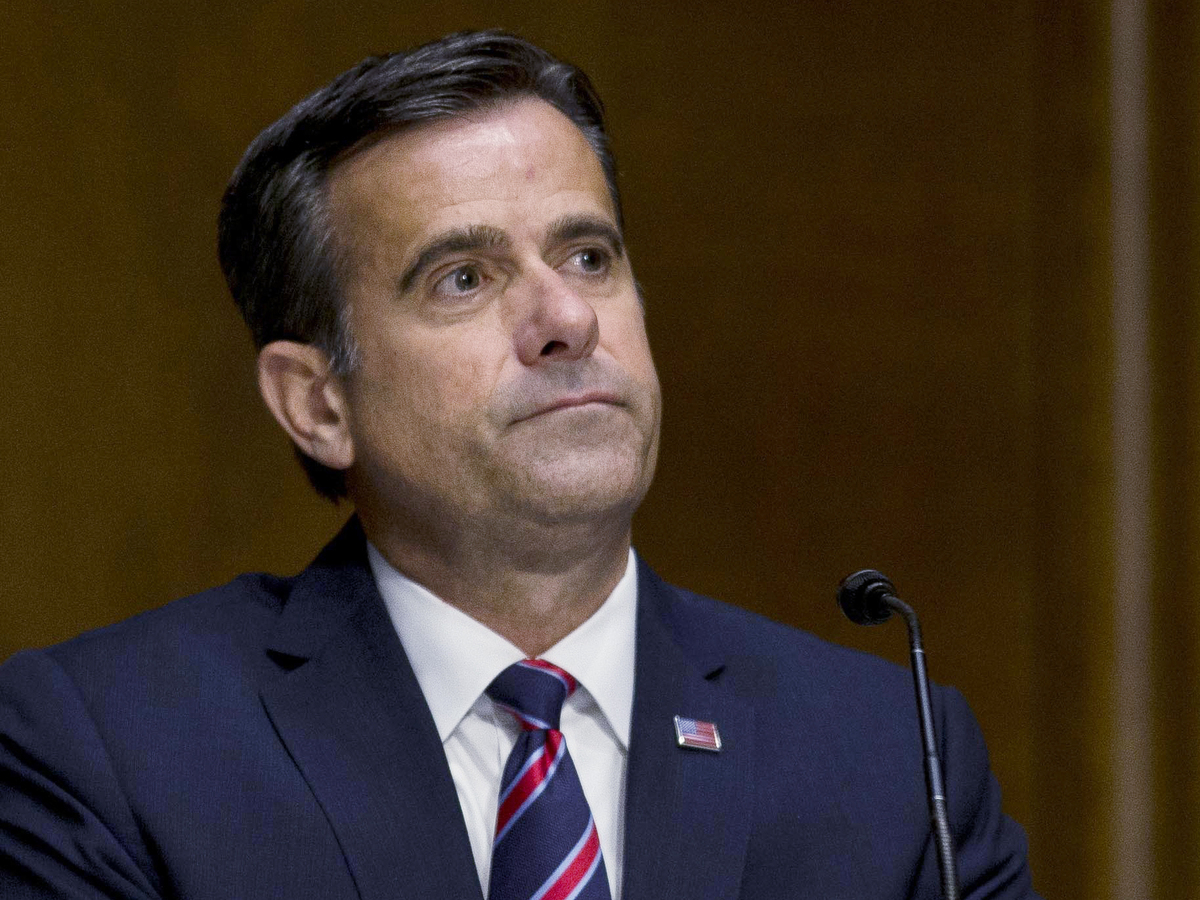 Director of National Intelligence John Ratcliffe, seen above during his earlier tenure in the House, delivered a briefing on election threats on Wednesday evening.

Iranian influence specialists are behind threatening emails sent to voters in Alaska and Florida, U.S. officials said on Wednesday evening and suggested that more such interference could be in store from Russia.

Director of National Intelligence John Ratcliffe said the U.S. intelligence community believes Iranian and Russian operatives obtained voter-record information, which enabled Iran to target some people with intimidating emails based on party registration about how they’d better vote for President Trump “or else.”

The senders posed as members of the white supremacist Proud Boys and claimed they had voter data that revealed for whom their targets voted — but that was a false flag, the U.S. says.

Ratcliffe sought to reassure Americans about the integrity of their votes and the processes by which elections are run.

“These actions are desperate attempts by desperate adversaries,” Ratcliffe said, but pledged confidence in American elections and said, “You can be confident your votes are secured.”

Russian influence specialists don’t appear to have used their voter data in a similar scheme, Ratcliffe said, but they may.

His warning followed months of similar cautions by U.S. officials about the threats of interference posed by foreign actors, which have never abated since the historic spike of Russian “active measures” in the 2016 election on behalf of President Trump.

Since then, however, Ratcliffe and FBI Director Christopher Wray said, U.S. officials have worked to toughen America’s election infrastructure and have become more vigilant about election security — work they said has paid off with the awareness demonstrated Wednesday night.

“We are not going to let our guard down,” Wray said.

The FBI and the Cybersecurity and Infrastructure Security Agency have kept up a drumbeat of regular bulletins about what they call the latest intelligence about prospective election cyberthreats.

Much of their reporting focuses on the prospect of cyberattacks on election-adjacent systems — efforts that might not disrupt an honest count, for example, but might disrupt websites that report vote totals. Claims about compromised voter data have been part of the warnings they’ve been issuing.

Authorities say it would be very difficult for foreign powers to change anyone’s vote in the United States. So officials say they focus on the adjacent systems and, more broadly, on trying to change people’s minds — including with deliberate attempts at spreading misleading or false stories to shape the U.S. information environment.

Cyber-analysts called the email scheme by Iran an unusual escalation of its interference, along with a video that’s circulating that claims to expose weaknesses in U.S. election infrastructure.

“In recent years, Iranian information operations have continued to push boundaries using bold and innovative approaches. However, this incident marks a fundamental shift in our understanding of Iran’s willingness to interfere in the democratic process,” said John Hultquist, senior director of analysis for Mandiant Threat Intelligence.

It wasn’t immediately clear what action the U.S. might take in retaliation against Iran. Washington has been at daggers drawn with the Islamic republic since Trump’s election ushered in a deep chill in relations — and since the assassination of one of its top military commanders, Qassem Soleimani, this year.

Trump’s antipathy toward Iran also meant Ratcliffe’s news conference chimed with the political position that he and Trump have taken about the nature of the election security threat they say it poses.

The intelligence community has taken pains to emphasize what it calls the many potential origins of interference, including Iran, Russia, China and elsewhere. Critics led by Democrats in Congress call that a false equivalence and an attempt by Trump’s aides to distract from what the critics call the much greater single peril posed specifically by Russia.

The former deputy director of national intelligence, Sue Gordon, told NPR that she would put Russia at the top of the list.

U.S. officials say the final sprint toward the end of voting could bring an increase in foreign interference, and they’ve urged voters to think critically about claims they encounter and seek official confirmation about practices, including their local election policies.

The Cybersecurity and Infrastructure Security Agency has unveiled a site it calls Rumor Control that ticks through topics including allegations like the one in the scam emails this week.

Its director, Chris Krebs, said on Tuesday that voters are the last line of defense in holding off attempts by foreign nations to pollute U.S. democracy.

Not a moment too soon, as we’re aware of threatening emails with misleading info about the secrecy of your vote.

FACT: Ballot secrecy is guaranteed by law in all states.

These emails are meant to intimidate and undermine American voters’ confidence in our elections. pic.twitter.com/CocBKrMEaN

Earlier on Wednesday evening, the leaders of the Senate Intelligence Committee, Marco Rubio, R-Fla., and Mark Warner, D-Va., also urged Americans to keep up their guard over the coming weeks.

Foreign adversaries likely can’t change Americans’ votes, they said, but those adversaries do hope to, if not change voters’ minds, create an environment so acrid that people can’t feel confident about what they’re seeing.

“Our adversaries abroad seek to sow chaos and undermine voters’ belief in our democratic institutions, including the election systems and infrastructure that we rely on to record and properly report expressions of the voters’ will,” the Senate leaders said.