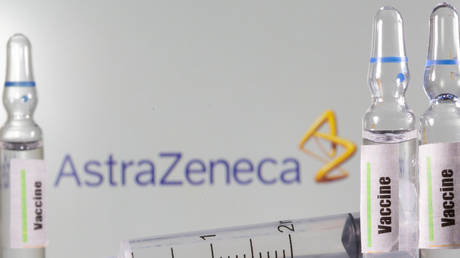 Researchers in the UK claim the Oxford-AstraZeneca Covid-19 vaccine behaves as expected in the human body, in new research released a day after Brazilian authorities announced the death of one of its trial volunteers.

In their work, the group of independent UK scientists say the vaccine accurately follows its creators’ intentions once injected into the human body.

The study was conducted by several virologists unaffiliated with AstraZeneca and led by Dr. David Matthews, of the University of Bristol, and has so far been published only as a preprint, meaning it hasn’t yet passed the peer-review process. It states that the vaccine accurately copies and performs the genetic instructions programmed into it by its designers.

The trials in Brazil, the third-hardest-hit country in the world by total number of cases, continued after Oxford-AstraZeneca claimed its investigation of the volunteer’s death had determined there were no safety concerns. The Brazilian volunteer was participating in a stage-three trial – the final step before mass production – though it’s unclear whether they were administered the vaccine itself or simply a placebo.

“Following careful assessment of this case in Brazil, there have been no concerns about the safety of the clinical trial, and the independent review, in addition to the Brazilian regulator, have recommended that the trial should continue,” Oxford-AstraZeneca said in a statement cited by Reuters.

This is not the first incident involving Oxford-AstraZeneca’s vaccine – two patients in the UK also fell ill in the past few months, prompting the US to suspend trials there. These are expected to resume as early as this week, however, after the US Food and Drug Administration has completed its review of the three incidents.

Since the pandemic began, the race has been on to be the first company – and country – to produce a safe and effective vaccine. Candidates are being developed all over the world, with Russian, Chinese, UK, and US-based companies currently running vaccines through stage-three testing. The vaccines are developed via a number of different approaches. AstraZeneca’s, for example, uses a monkey adenovirus that shares a gene with the novel coronavirus.