Twelve years ago, on the same day, actress Anushka Sharma made her grand debut with Aditya Chopra’s Rab Ne Bana Di Jodi, and left the world wowed with her talent and beauty. Cut to present, Anushka is one of the most amazing actors of B-town, and she’s well-known for doing meaty roles and female-centric films. Thanks to her success and fame, the actress is also running her own production house, which has bankrolled projects like NH10, Phillauri, Pari, Paatal Lok and Bulbbul. 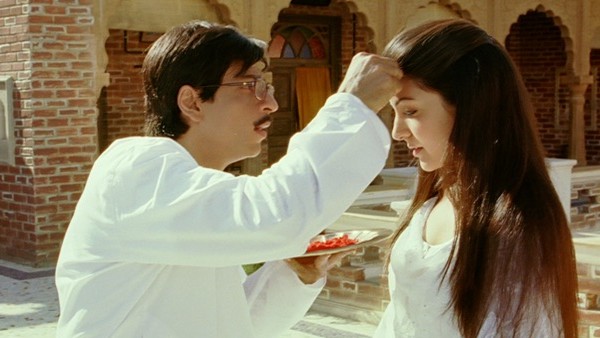 As Anushka completes twelve years in Bollywood, we bring to you an old interview of hers, wherein she had reacted to being compared to Rani Mukerji.

Anushka On Being Compared To Rani

Soon after the release of Rab Ne Bana Di Jodi, people started comparing Anushka with Rani. When a journalist asked her what she thinks of such comparisons, she had said, “She is one of the best actresses in our industry and I think comparing a newcomer like me to such an experienced actress is demeaning her status.”

In the same interview, Anushka had spoken about Aditya Chopra and said that she has immense respect for him.

“I think after my parents, if there is anybody I respect, it is Aditya Chopra. He is a person who respects everyone, big or small. I am very glad that he has always offered me scripts he thought would suit me well,” said the Band Baaja Baaraat actress.

Anushka Credited RNBDJ For Being An Actress

Singing YRF’s praises, which launched Anushka, the actress had said that she started her career with Yash Raj Films and would not be an actor today if they hadn’t selected her for Rab Ne Bana Di Jodi.

Anushka has taken a short break from her film career, as the actress is gearing up for her delivery. Anushka, who’s married to Virat Kohli, is expected to deliver her first baby in January next year.